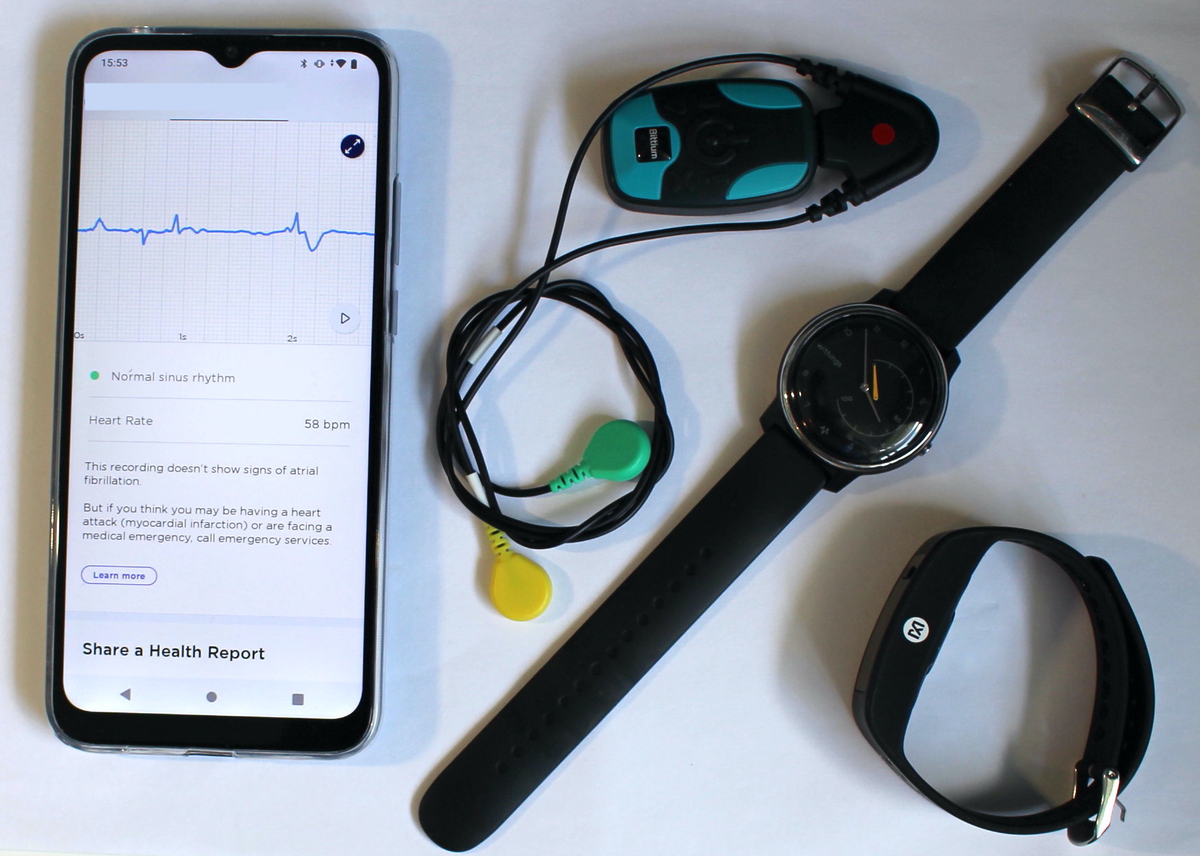 The SAFER Wearables Study aims to assess the performance and acceptability of wearables for atrial fibrillation screening. It is important that the wearables are able to capture data in everyday life when unmonitored (unsupervised by the researchers - left to their own devices).

This post describes initial testing of candidate devices for the study.

The devices under test, shown at the top of this page, were:

A single user attempted to wear the devices for seven days.

The devices were worn for approximately 6.5 days. They were removed early because the ECG chest-patch was sounding a low battery alarm. The user changed one of the chest-patch electrodes twice during the study, and the other one was not changed at all.

Signal samples: Samples of ECG chest-patch and PPG wristband signals are shown below. These samples were recorded at night, explaining the low heart rate and relatively high signal quality. The PPG signals did not appear to degrade over time. The ECG signals on days 1-3 clearly show P waves, QRS complexes, and T-waves. Several of the PPG signals show two peaks (a systolic and a diastolic peak). This plot demonstrates that it is possible to obtain high quality signals using these devices. However, the ECG signals did appear to be of lower quality from day 5 onwards. Possible explanations for this include: (i) the electrode contact degraded over time (particularly as one of the electrodes was not replaced over the course of the 7 days); and (ii) there was mains interference (such as on Day 6).

Upon further inspection, it became clear that the ECG was of high quality until approximately 4 days (94 hours) into the recording. After then, the ECG was mostly of low quality. The change from high to low quality is shown in the figure below.

We learnt several things from the testing:

Having identified suitable devices for the SAFER Wearables Study, the next steps are: 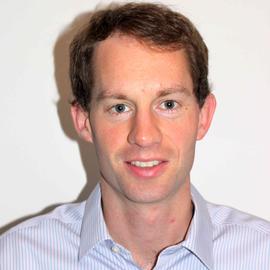